As we close in on the halfway point for the Open Research Pilot between the University of Cambridge and the Wellcome Trust, how are things going?

Well, in many ways exactly as expected. The primary issues that we are facing are a lack of sustainable support for infrastructure and a lack of reward and incentive to work openly. None of this is news, and while no new issues are being surfaced by the Open Research Pilot, having the dialogue is helping the participating researchers exchange ideas and the Wellcome Trust develop new services and policies.

This was the take home message from the second full meeting of the Open Research Pilot participants held in London at the Wellcome Trust on 13 September. Given one of the main goals of the project is to learn what the barriers and incentives are for open research and to share these findings with others interested in the subject to inform policy development, it seems the Pilot is on track.

This blog summarises the discussions and ideas that arose at the event. A full write-up and the presentations are now available in the Open Research Pilot collection in Apollo, the University repository. The notes are also available from the pilot kick-off meeting held in January in Cambridge.

As a memory jogger, information about the Pilot and the different people and research projects involved are available. A blog describing the kick off meeting is also online as part of our new Open Adventures blog platform.

Outcomes of the meeting

Summary of the discussions

Robert Kiley and David Carr gave a progress report on what had been happening in open science at the Wellcome Trust. They gave an update on the new Wellcome Trust open publishing platform, Wellcome Open Research.

When Wellcome Open Research was launched, ‘success’ was defined as 25-30 publications in a year. However in less than a year, more than 100 items have been published on this platform from a broad range of institutions. While half the publications are research articles, the rest are other output types such as data notes, software studies and protocols. This is important, given the new requirement of the Wellcome Trust to share all research outputs.

The platform is relatively popular as well. A comparison of the volume of Wellcome Trust funded publications across the range of publications showed Wellcome Open Research was found to be the fourth most used after Scientific Reports, PLoS ONE and Nature Communications.

This is significant because the average cost of publication on the Wellcome platform is of the order of £700, which is significantly lower than the average cost of the other named publications (generally around £2000).  It is not just cheaper, it is faster as well. Robert described an example where an item was submitted, reviewed, approved, published and made discoverable and then requests were received for the data within a three week period.

Recently as part of this Pilot, the OSC published a series of blogs discussing the problem of supporting infrastructure, from the researcher perspective, the funder perspective, and that of the university library. The group discussed the serious problem with infrastructure being funded at a grant level but the data is used by the whole community. Funders do not necessarily fund ongoing infrastructure which is in competition with new requests to fund new ideas. Another question is whether it is even the funder’s job to provide long-term sustainability?

The point was raised that there is a mismatch between a reliance on certain resources on the one hand, but a reluctance to fund for long-term sustainability.  For example, when arXiv (an e-print service, operated by Cornell University) asked the physics community to provide support, they thought that it was the library’s responsibility to provide funding, not theirs.  Similarly, Canadian Health Research heavily rely on GenBank, but do not contribute to the costs of this resource.

This problem is recognised internationally and there are some attempts to address the problem. Earlier this year there was a meeting of several major funding organisations, from which a strong consensus emerged that core data resources for the life sciences should be supported through a coordinated international effort(s) that better ensure long-term sustainability and that appropriately align funding with scientific impact. There is also some work to to build a stable and sustainable infrastructure for biological information across Europe

One question posed to the researchers in the group was: what support from their institutions and funders would they want to make their data more accessible? It was commented that time was a big issue. For example, it takes time to annotate data sets to be made useable to others.  One group said that they could write protocols and a series of articles to put on Wellcome Open Research, which would be a good thing, but it would take the team a long time.

There appears to be a need for dedicated staff to manage sharing of research at the institute or department level.  It was commented that having had access to library colleagues through this Open Research Pilot Project has been useful for figuring out where to put their research data. An action was taken for the library component of the group to think about what support is being provided in this context (and into the future).

Some suggestions that arose in the discussion were:

By ‘fighting on different fronts’, slowly the research environment might change. We need strong leadership to drive the change to Open Research, and the leadership needs to come from funders and institutions for the researchers to align themselves with working openly. But institutions are very risk adverse with activities that could jeopardise funding, so change needs to be led by the funders.

While open access could be a vehicle for improving open research, the route to achieve this is debatable. The group asked whether funders could insist on green open access or only pay for truly open access journals. If payment for articles in hybrid journals, for example, was stopped, the money saved could be used to invest in other aspects of open research.

An alternative option discussed was whether the value given for APCs be limited, say to $1000? But this would be very difficult to implement, as an indicator, the SCOAP3 project took five years to get off the ground.

The Office of Scholarly Communication is coordinating an “In Conversation” event on 5 December to give researchers the opportunity to talk to Wellcome Trust representatives about their Policy on data, software and materials management and sharing.

We are also looking to find evidence that data is reused. 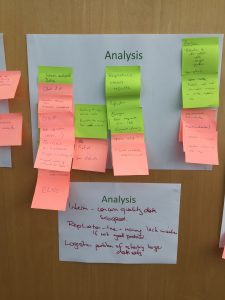 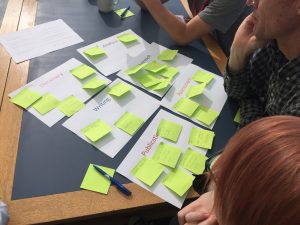 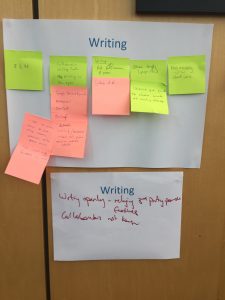 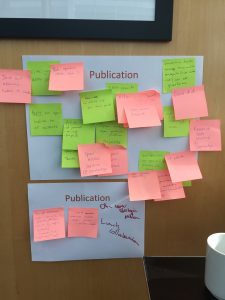 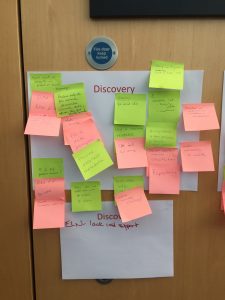 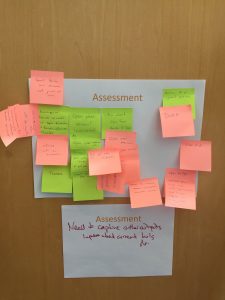 1 thought on “The Open Research Pilot – one year in”